Please note that generic applications sent to other people will not be taken in consideration. 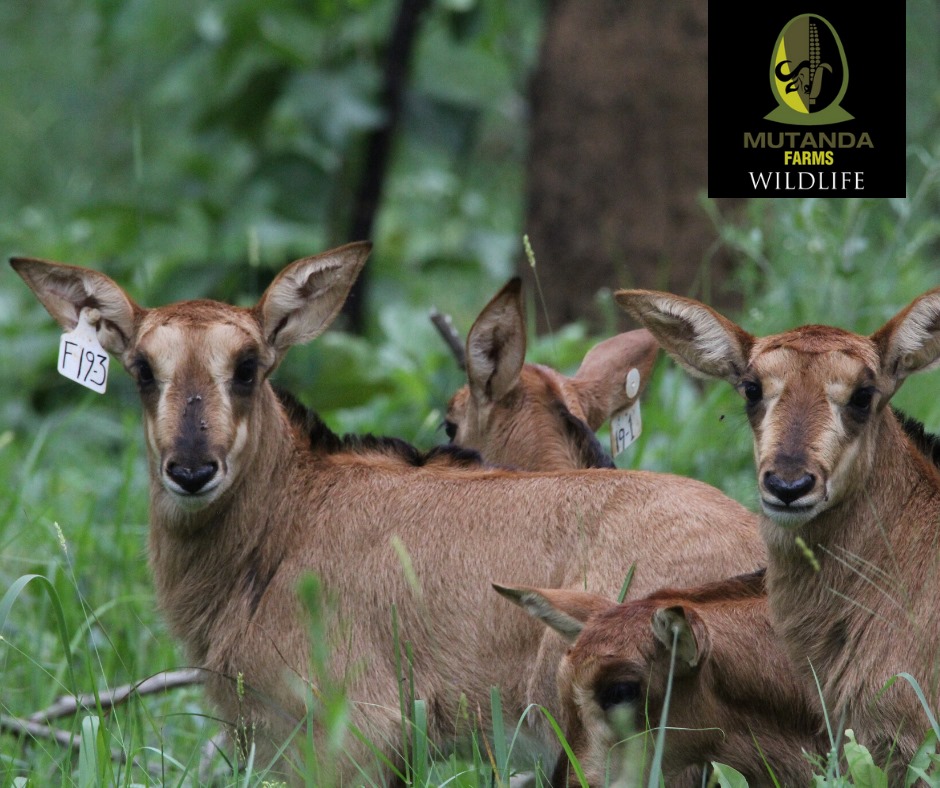 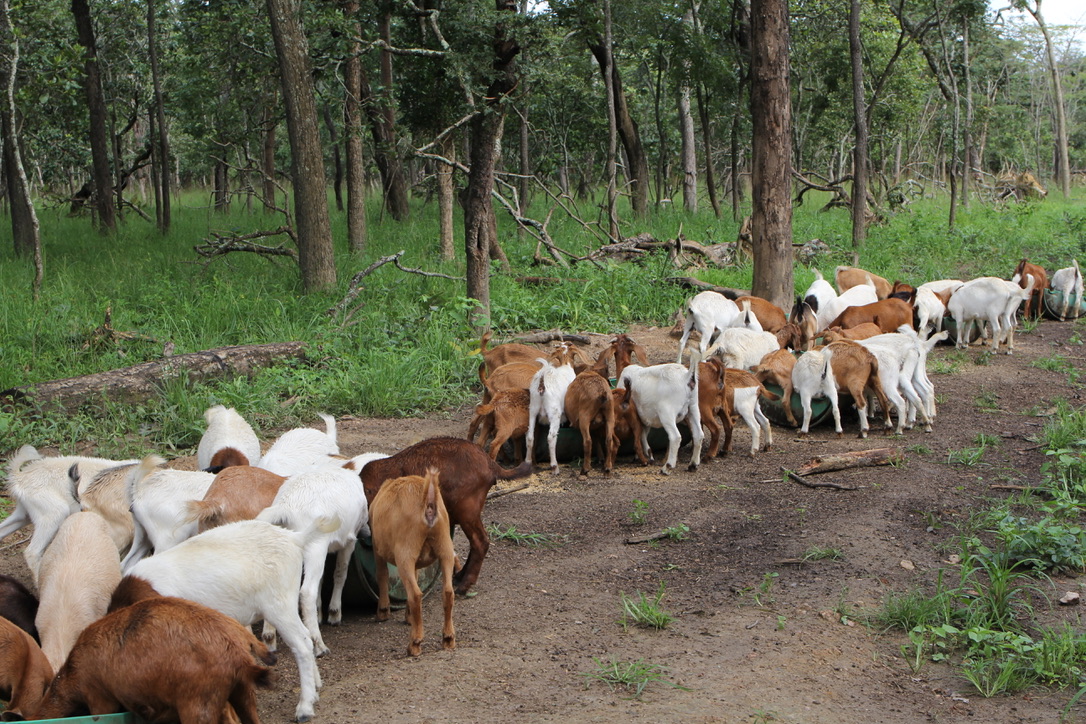 As a result of our determination to ensure we produce quality products for the market, we felt it was necessary to control as much of the production process as possible, to eliminate any risk or reliance on other suppliers to provide inputs that meet our stringent quality standards. As a result, Mutanda Farms produces a range of specially formulated stock feeds in-house, for use in our operations, this includes specialised layer feed, game feed and livestock feeds for cattle and goats.

Our feeds are specially formulated, taking into account the nutritional needs of the animals we are feeding, while also ensuring we are feeding them in an economical and productive manner. We utilise only the finest quality inputs and this reflects in the quality of the product we produce and provide to the market.

As our operations have grown, we have been able to test the quality of our feeds and have seen first hand, the difference the superior quality feeds have had on our animals’ productivity, fertility and conversion rates. These improvements and our belief in our products, has led to us offering the market small amounts of our stock feeds.

We currently provide feeds to a variety of customers including livestock farmers and game ranchers.

The different feeds have been received well and we are excited about growing this sector of our operation and making our stock feeds more available to the market on a national scale. 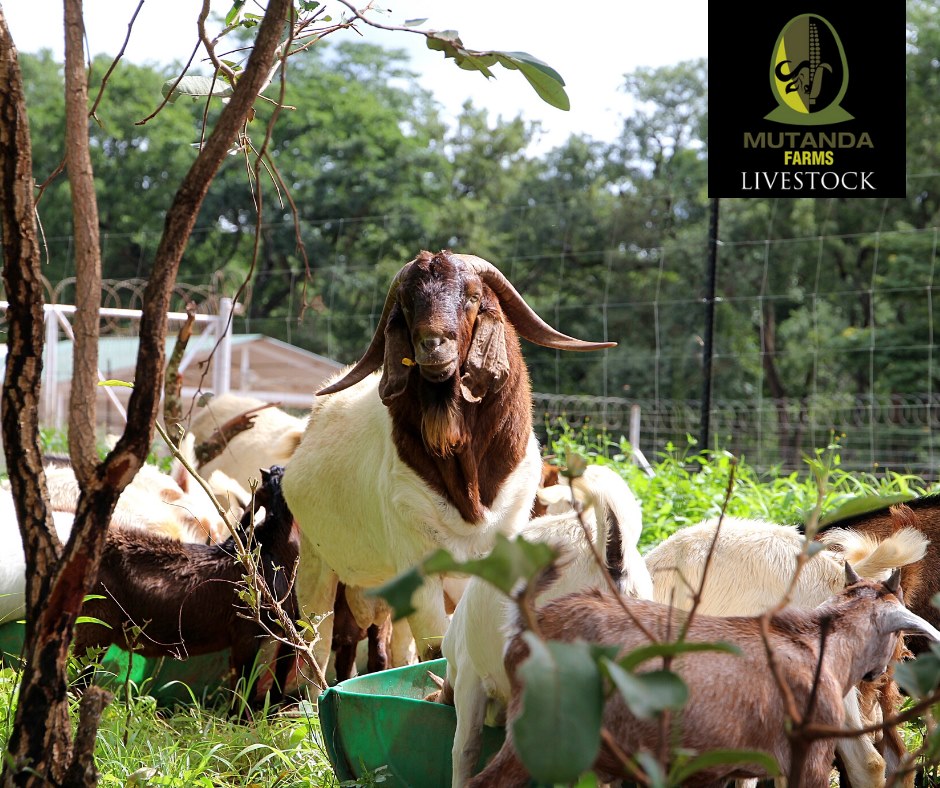 Our goat breeding operation is overseen by a competent team, led by our livestock manager, who has over 30 years of experience in livestock breeding and husbandry. The breeding programme is one of the most recent additions to our agricultural operation and serves a dual purpose, benefitting both our operation by adding increased diversity and opportunities for our operation, while also providing superior genetics to local, small and medium scale goat breeders, through the sale of our young breeding stock into the local and national market.

We decided to select highly adaptable breeds, which perform well in terms of production, cross-breeding potential and hardiness. We currently breed pure, high quality Boer Goats, which complement our cross-breeding programme, in which we cross Boer Goat and Kalahari Red bucks onto local does. This project is seeing us improving the genetics and production capacity of the local goats, by adding vigour and improved characteristics, inherited from the quality Kalahari Red and Boer Goat bucks, we utilise. We are starting to see the fruits of our labour coming through, with many of our self-bred 2nd and 3rd generation cross animals starting to express their potential.

Our animals are managed in a rotational camp system, to ensure correct utilisation of both browsing and grazing, while reducing reliance on feeding, thus producing goats that are adaptable to many different farming systems and management methods.

The animals we are producing are perfectly adapted to the local climate and environment and are providing massive benefit to our own flocks and the flocks of many goat farmers in the district and further afield, who have invested in Mutanda Farms genetics. Our team monitors all aspects of the operation and can provide assurance of the highest standards being met, regarding our breeding practices and methods and the animals we produce.

We currently sell limited genetics from both our pure and cross breeding programmes and can confidently boast to the success our Mutanda Farms’ bred bucks are having in other flocks.

The maize bran produced by Mutanda Milling, is a good quality by-product of our maize meal preparation. Quality is guaranteed by the prime maize utilised in the production process, along with the high standard of our milling plant and by the vast experience of our millers. Our Maize Bran is produced daily and it generally remains in stock for no more than 3 or 4 days, assuring freshness and preventing contamination. It is largely used internally for the production of our stock feeds, but our current production allows us a discrete over-production, that can be made available to the market.

Our major customers include a variety of organisations, including dairy farmers and game ranchers, based in different regions of Zambia.

In order to better control the quality of the Low Fat Soya used in our feeds, we decided, a couple of years ago, to internalise the process of mechanical extraction of the oil from our locally sourced soya beans.

The decision proved to be winning one and the Low Fat Soya (LFS – ME) produced is of excellent quality and always fresh.

As a by-product, we are currently also producing an unrefined (crude) soya oil of good quality, which is regularly sold to refineries in Lusaka, and a small quantity of Full Fat Soya, which is available for sale.

The entire process is undertaken in a modern and well-organised facility, ensuring we are able to produce a quality product. 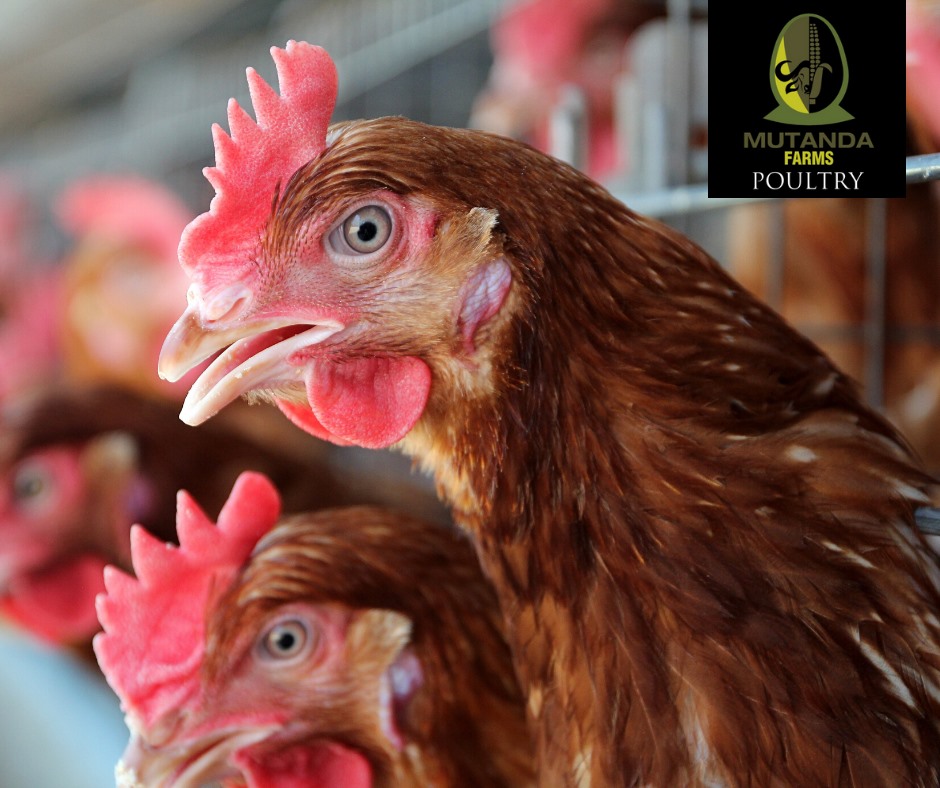 Toward the end of their laying life our chickens are offered on the local markets in Solwezi and in other locations around the Kalumbila district.

We grow our chickens from day-old, in order to guarantee their good health and correct development. They are subject to consistent, rigorous checks and their health status is evaluated on a daily basis, to ensure that any potential issue is dealt with, without delay. These measures along with the fact that they are fed on feed produced in-house with the finest, carefully selected, fresh raw materials, ensures the birds we offer to the market are healthy and offer a fantastic alternative protein source, at a very reasonable cost. 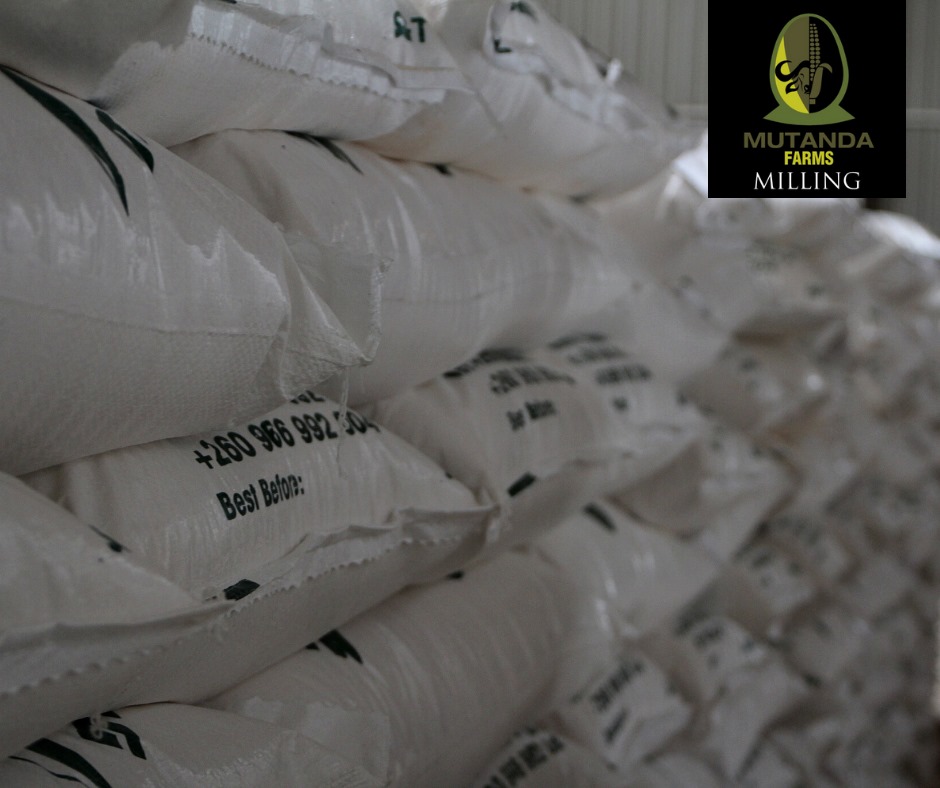 Our product is well known all over Zambia and is mainly distributed in the Copperbelt and North Western provinces of Zambia. Thanks to our well-maintained modern fleet of trucks, we are able to deliver the product in a timely manner, to ensure maximum freshness for our customers.

We currently have a selection of 25kg and 10kg bags to suit our customers needs and we ensure the utmost is done to maintain the quality of our product, from production to delivery.

Our maize is carefully selected and sourced locally, when not produced in house. Our purchasing strategy ensures we have access to maize of the highest quality and this combined with our advanced storage, production equipment and processes and distribution, ensures we provide our customers with the finest quality breakfast meal on the market.

We operate in a well organised, modern and hygienic environment and ensure we are consistently compliant with the standards and requirements of both the ZCSA (Zambia Compulsory Standard Authority) and the ZABS (Zambia Bureau of Standards).

Our breakfast meal is of the highest quality and we are proud of our offering to the market! 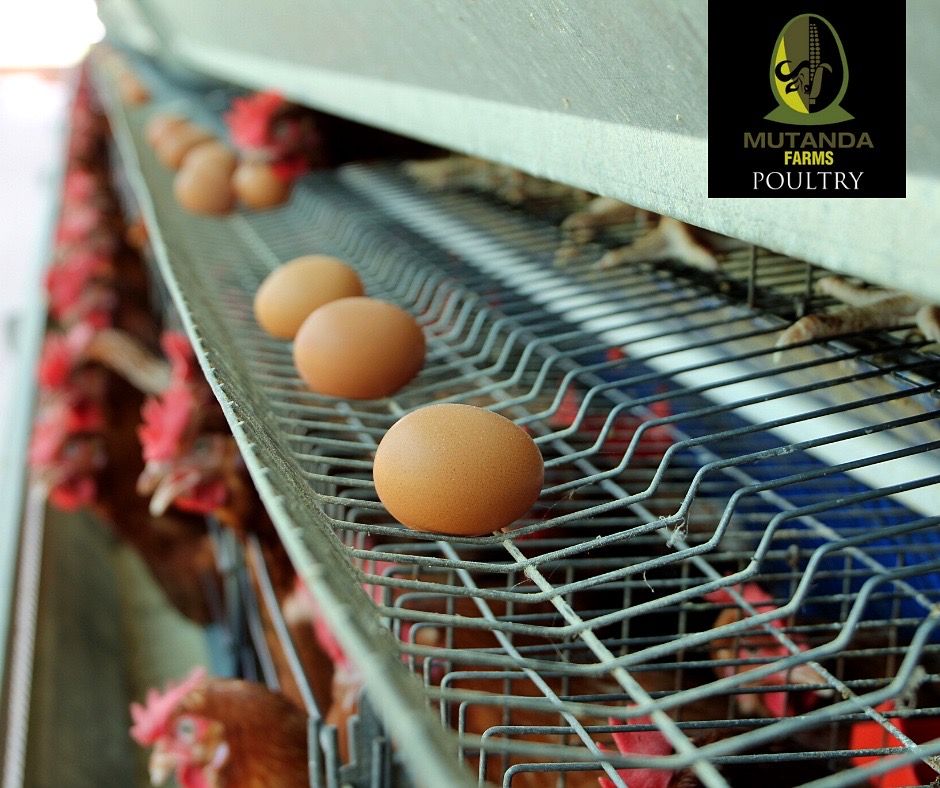 Our poultry division is centred around the production of high-quality eggs.

With daily production exceeding 180 000 eggs currently, Mutanda Farms is one of Zambia’s largest producers and by utilising industry leading technology and a progressive, modern approach, we are producing eggs of the highest standard. The quality and freshness of our eggs is widely recognised and attracts customers and resellers, from all around the country.

In order to guarantee full control of the quality of our product, Mutanda Farms sources the best possible raw materials, which are utilised to produce our feeds, all in house. Two of the major components of our feeds are maize bran and low-fat soya. Our maize bran, which is produced in house, as a by-product of our maize meal production, originates from rigorously selected, locally sourced or internally produced, maize, while the low-fat soya we utilise, is mechanically extracted in our soya plant and comes from locally produced and sourced, high quality beans.

We employ a skilled team, led by qualified professionals, which guarantees us above average production performance and a quality product for our customers and the end consumer. We are constantly evolving to improve our products and performance and utilise the knowledge and expertise of a number of internationally acclaimed advisors to improve our product quality and on-farm productivity, while also limiting the potential negative impacts of disease and negative fluctuations in our production.

We pride ourselves on maintaining strong bio-security and safety in our operations, and maintain a strong record in both aspects. We place a great deal of attention on continually improving our bio-security measures and this has allowed us to ensure we are producing eggs of the highest quality and freshness, whilst maintaining the health and wellbeing of our chickens.

Our eggs are marketed and distributed under the King Eggs brand and are currently available throughout the majority of the North-Western and Copperbelt provinces of Zambia.